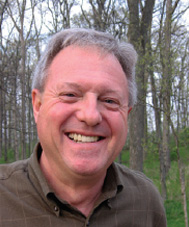 Eric R. Rogers has announced his retirement from Arts Place, Inc. after 46 years as its Executive Director and CEO. Rogers was hired in 1976 as the first staffer for what was then Jay County Arts Council.

Its first arts center was established in Portland in 1983. In 2000, the organization changed its name to Arts Place as part of a process that included a $2.9 million capital project expansion.

Today, the organization has facilities in three communities and offers arts programming in five counties in east central Indiana and west central Ohio. In 2021, Arts Place completed construction on a $2.4 million capital improvement project that was dedicated in October as the Jay County Campus of Arts Place. The grounds include the Performing Arts Center and the Hudson Center for the Visual Arts. Arts Place also owns the Blackford County Arts Center in Hartford City, and operates the Auglaize/Mercer Center in St. Marys, Ohio. Rogers supervises a staff of fourteen full and part-time employees.

A graduate of Indiana University, Rogers received a Bachelor of Music in piano performance in 1973. Before entering the world of arts management, Rogers worked as a musician, including three years as a church organist, contract accompanist, and gig pianist. In 1975, Rogers was hired by the Indiana Arts Commission to coordinate its statewide artist residencies program conducted in collaboration with the Indiana State Department of Education.

Following retirement, Rogers plans to maintain his already active musical life as a pianist, organist, and choral conductor. The board recently resolved to name Rogers as Executive Director Emeritus upon his retirement. For the first year after stepping down, he will advise his replacement and assist in the transition. The board has already initiated a search process for Rogers’s successor.

Arts Place activities are made possible, in part, with support from The Community Foundation of Randolph County, The Portland Foundation, the Indiana Arts Commission, the Ohio Arts Council, and the National Endowment for the Arts, a federal agency.

Auglaize/Mercer Center Awarded $15,000 for a Mural Project by the Ohio Arts Council